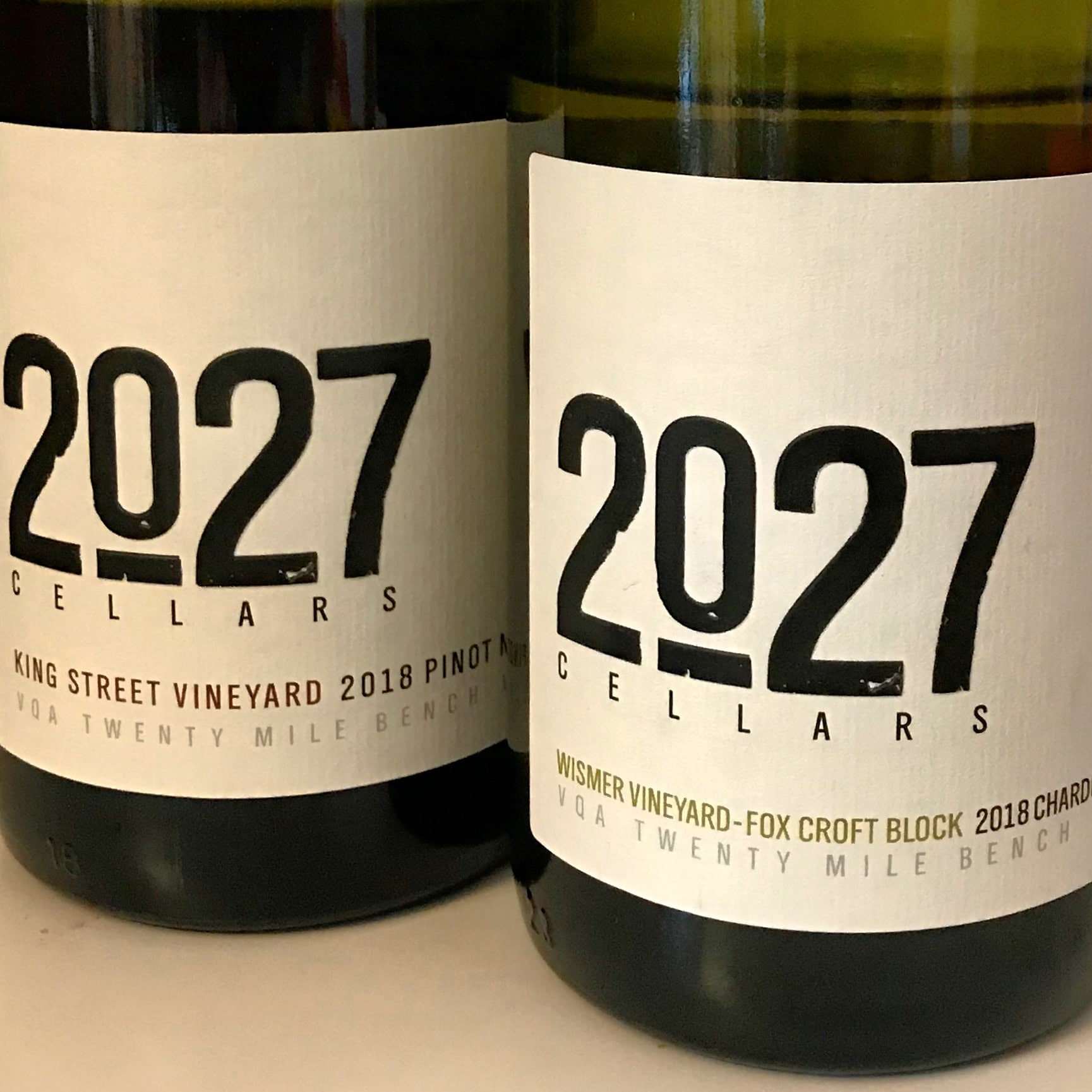 Kevin Panagapka has quietly and determinedly set about making styles of wine he believes best reflect Niagara. One of the earliest virtual wineries to flourish in Canada, Panagapka and wife Jodie Raymond’s 2027 Cellars has stuck to its vision since 2007. Since that first release of 100 cases of riesling from a vineyard in Vineland, the focus has been single vineyard chardonnay, pinot noir and riesling from locations in the Twenty Mile Bench and Vinemount Ridge sub-appellations. (A traditional method sparkling and rosé came later.) These aren’t showy wines. The goal is to capture the signature of grape and site. Panagapka says pinot gris and cabernet franc will join the portfolio for 2019. A retail licensee is in the works. Until then, order direct via 2027cellars.com

2027 Cellars Wismer Vineyard Fox Croft Block Chardonnay 2018
Twenty Mile Bench, Niagara Peninsula $24.95
The newly released Fox Croft Block Chardonnay, coming from vines planted in 2001, is mellow and richly flavoured. It offers a mix of citrus, green apple and oak derived spicy notes, with stony minerality and earthy accents on the lingering finish. The product of 100 percent barrel fermentation, 30 percent new barrels, and 13 months aging in French oak, this is a richly textured white that's smooth with a touch of warmth on the palate. Drink now to 2023. (89/100)

2027 Cellars King Street Vineyard Pinot Noir 2018
Twenty Mile Bench Niagara Peninsula $27.95
The new King Street Vineyard from 2027 is a ripe and distinctive pinot noir that embraces the grape’s wild side. The flavours are as earthy and gamey as they are fruity, with a core of tart red fruit, mushroom and meaty notes that give way to a wash of cocoa and vanilla on the finish. Medium-bodied and boasting decent concentration, this really developed in the glass. Consider decanting if you’re looking to serve in the coming year. Drink now to 2024. (88/100)

Written by Christopher Waters on Friday, 10 January 2020. Posted in The Producers

Christopher Waters has been writing about wine for two decades. He is the wine and spirits columnist at The Globe and Mail, education director of IWEG Drinks Academy and a WSET certified instructor at the Cool Climate Oenology and Viticulture Institute, Brock University.
For 21 years, he was the editor/co-founder of Canada's largest circulation wine publication, VINES, and author of the nationally syndicated column, Waters & Wine.
An internationally recognized wine judge, Christopher served as head judge and organizer of the InterVin International Wine Awards for 10 years (2009-2019) and continues to represent Canada for the Six Nations Wine Challenge. He was awarded the Business Citizen of the Year at the 2011 Niagara Grape and Wine Festival and was received the VQA Promoters Award for Education, also in 2011.
Christopher has been organizing and conducting unforgettable corporate and private fine wine events for 20+ years. He has developed and conducted masterclasses and seminars and moderated panels for organizations, such as The Wine Marketing Association of Ontario, Wines of British Columbia, Wines of Chile, Wines of Germany and Wines of South Africa.