An old school approach in the Twenty Valley 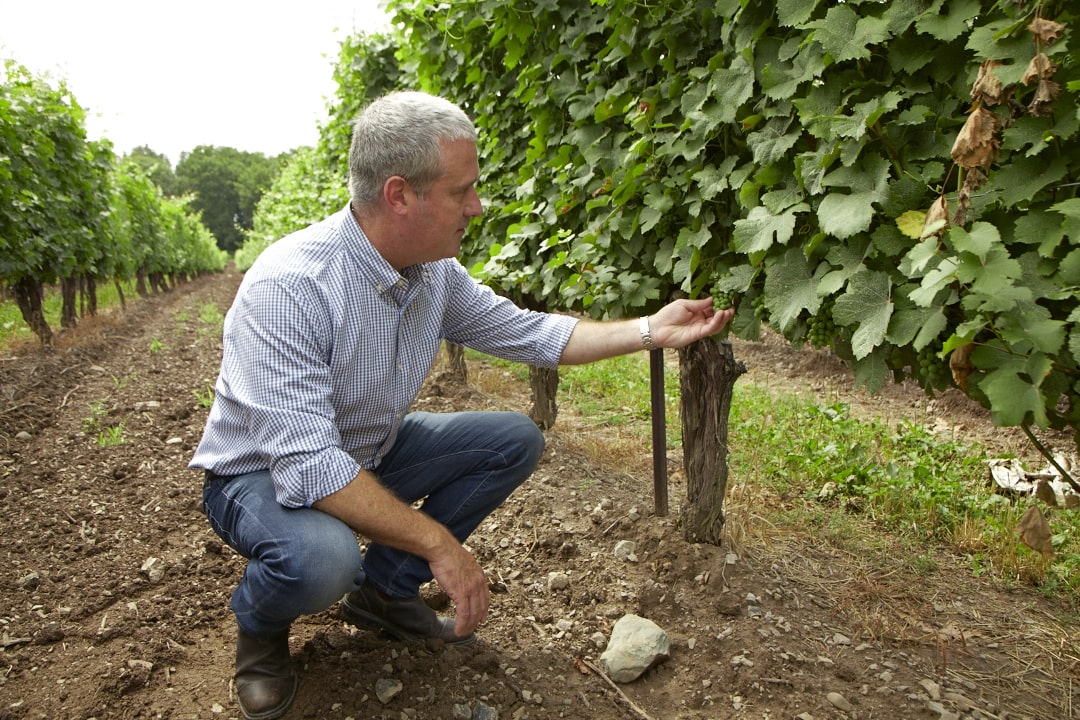 Having sold other people’s wine from around the world for 20 years, Adam Lowy felt it was time to make his own in Niagara.
“I started the Cloudsley label at Domaine Queylus not really knowing where it would take me,” explains Lowy, who worked at Lifford Wine Agency in Toronto until 2014. He purchased eight barrels of finished Pinot Noir in 2013 and another six in 2014. By 2015, the project was ready to take the next step.
“I didn’t just want to buy whatever was on the market. That’s not what we’re about. The goal is to learn the vineyards. Learn the terroir,” he says.
“I was able to contract two vineyards that the Wismers own, Homestead and Glen Elgin, which have become the cornerstone for our Pinot production.” The sites are adjacent to each other in Vineland, but Lowy has been enjoying charting the marked differences between the finished wines.
Last year, Cloudsley shifted from being a virtual label to having its own production facility and cellar in Vineland. Another change, the first crop of Chardonnay was brought in to round out the portfolio.
“After years of selling hundreds of wines at any one time, I really wanted to keep things focused,” he explains. “I’m a Burgundy fan. Those are the wines that always excited me the most. Likewise, cool climate Chardonnay and Pinot Noir made in a traditional style have always struck me as the most exciting wines coming out of Ontario. While I love Riesling and think there’s a great future for Gamay here, Pinot and Chardonnay speak to me most.”
Cloudsley comes from Lowy’s mother’s maiden name. It sets the stage for what is a deeply rooted personal project. “While I’ve never been to winemaking school, I’ve been in the business for 20 years. I guide everything stylistically, making barrel choices, final blending decisions…,” he explains. “Everything comes through me, but I’m smart enough to have the right people in place for advice. It’s important to know what you don’t know.”
Craig Wismer and his team manage the vineyards and own the facility that Cloudsley calls home. Assistant wine- maker Matt Smith does the hands-on cellar work and winemaking consultant Peter Gamble advises. The business model also sees Lowy and Smith doing custom crush work for other wineries in Ontario, which helps them afford the winery site.
“I’m not going to be one to say that we’re outdoing everyone else,” Lowy says, “but it’s not for a lack of effort or expense.”
Cloudsley’s model has a distinctly Old World feel. The wines are produced in three quality tiers: a regional blend, village-specific blend and single-vineyard bottlings, which represents the top of the range. Respective prices are $25, $35 and $50 for the Pinot Noir portfolio. (Lowy mentions there won’t be any single-vineyard Pinots from the 2016 vintage.)
Likewise the hospitality comes with a traditional touch. “If you’re lucky enough to get into a very nice Burgundy domain, you’re going to be in the cellar with the winemaker,” he says. “That’s our plan. It’s far from the Napa Valley experience.
“This is a modest building. It was a garage before this. We definitely want the focus to be on the wine. Keep it simple.”
Until now, Lowy has sold his inventory direct to restaurants and a few individual clients. The Cloudsley website is a sales channel and cellar door sales have recently started. “We haven’t really been waving the flag. It’s time now to do that.”

on Wednesday, 05 December 2018. Posted in The Producers