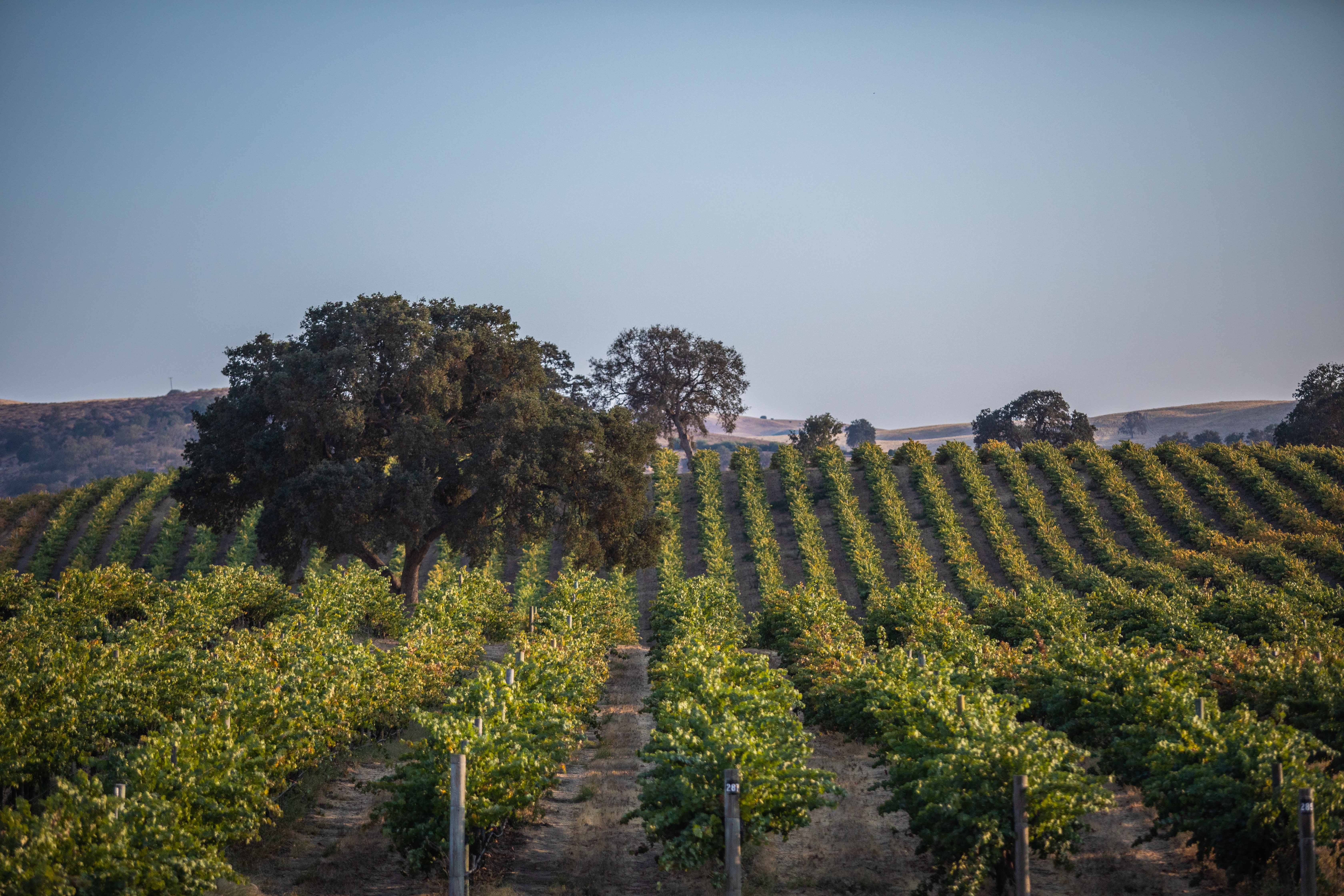 The launch of a range of Penfolds’ red wines made in California made news around the world. The premium offering from one of Australia’s iconic wineries includes a California cabernet shiraz blend and pure Napa cabernet. There are also two surprising blends that combine California and Australian cabernet sauvignon and shiraz labeled as Wines of the World.

The concept of a global blend raised eyebrows on social media. Some cynics also thought the timing was too convenient, coming on the heels of a devasting 169% anti-dumping tariff imposed by China on Australian wines due to a political dispute. Sales to China traditionally represent 40% of Penfolds’ annual earnings.

“This isn’t a magic wand that we’ve waived because ‘oh, hang on there have been tariffs in China’ or ‘share price has done something’ or whenever,” explains Peter Gago, chief winemaker of Penfolds, who introduced the range to select Canadian media over Zoom in early March.

“People say, you’ve got to be joking. But for us, I think it’s almost, I’ll use this expression deliberately, a natural progression of what we can actually do. It’s offering diversity, it’s offering choice. Wonderful thing. And if it sits on the shelf, gathering dust, guess what? It didn’t work.”

By way of introduction, Gago weaves an elaborate tale that goes back to the late 1980s when Penfolds bought half the share in Geyser Peak Winery in Sonoma County. The partnership wasn’t a good fit, but Penfolds' interest in California never wavered.

In 1997, the company bought 600 acres of land at the Creston 600 Ranch, which is 15 miles to the east of Paso Robles. In ‘98, 200 acres were planted. The following year, an additional 210 acres went under vine. Included in the mix was a 10-acre parcel, Block 30, planted with cuttings from two of Penfolds’ storied South Australian parcels, Magill Estate vineyard in Adelaide and Kalimna in the Barossa Valley. Today, there’s roughly 90 acres of that material planted at the vineyard, which is now known as Camatta Hills.

“We always intended to do something that was real, right from the start,” Gago insists.

Between 2006 and 2008, Penfolds winemakers made and bottled wine in California, but those wines were never released. The corporate board of directors decided Penfolds should focus on Australia.

"We were devastated,” says Gago. “But isn’t it funny how things turn over time? What was a negative then turns into a much bigger positive later.”

With established vines at Camatta Hills in Paso Robles and access to top quality cabernet sauvignon grown in Napa at vineyards that are also part of Treasury Wine Estates, Penfolds’ California range offers more premium expressions than the earlier, ill-fated efforts. Penfolds produced wine in California in 2017, a vintage adversely affected by smoke taint from wildfires, but decided not to proceed with them due to its reduced volumes.

“You know, it’s hard to say that was the year, when it’s your inaugural release, especially in a project, dare I use the word courageous, as this?,” Gago says. “This will be controversial. A touch provocative or whatever, especially Wines of the World. The story is nice, but what’s in the glass is the important thing. It’s the only thing that matters.”

Penfolds Through a Californian Lens
Despite the move to the Golden States, there are few changes made in Penfolds approach to winemaking. The California grapes are processed and handled using the traditional Penfolds techniques that shape the winery’s quintessential house style.

“We make it the Penfolds way,” Gago says. They even went to the extent of constructing fermenters similar to the ones at Magill Estate at the working winery in California. Even the American oak barrels used in aging are shipped from Barossa’s AP John Coopers, the oldest cooperage in Australia, which has made barrels to Penfolds specifications for decades. Gago is conscious of the irony and cost of sending American oak to Australia to make barrels that are sent back to the States.

Swirling and smelling a glass of Bin 600, a blend of Napa cabernet and Paso Robles shiraz, Gago looks up and says there should be a famililal hook: “The first impression is quite Penfolds like. But a second or third sip and ‘oh, but that’s different…. As it should be.

“I’ve got a lot of little glib lines here. Throw aways,” Gago continues. “The one you may have heard already: Californian sun above, California soil below, but everything in between is Penfolds. And although that sounds catchy, it’s actually literally correct.”

The Way of Wines of the World
With a long history of producing wines from single vineyards and single viticultural regions as well as multi-regional blends, including the world’s most famous example, Grange, Penfolds unwittingly created a fourth style.

“We’ve traversed the Pacific Ocean, and it’s now wine from a different continent as well with the Wines of the World,” explains Gago. “I would have liked to have said it was strategically planned, orchestrated.”

Gago and other winemakers from Penfolds were assembled with California veterans Margot Van Staaveren from Chateau St. Jean and Jon Priest from Etude for a classification tasting to select what will go in the new blends. The process is done organoleptically blind not knowing vineyard, variety or volume of each sample.

“The question is that the style we want?” says Gago. “‘Yes?’ ‘No?’ “Pushing glasses backwards and forwards. It’s what we do on the bench when we are putting plans together even from single vineyards to strive toward this aspirational target.”

To calibrate everyone, samples of the best grades Australian cabernet and shiraz had been sent over to taste.

A lab blend of what was to be the flagship Napa cabernet had been assembled and shared. “They didn’t like what I said,” Gago explains. “I said, Well, it’s lovely. But it’s all arms and legs… It’s sort of all these peaks of great character. But there’s nothing cohesive about the blend.”

Some tweaks were made, but nothing satisfactory happened until Gago was inspired to grab the nearby bottle of Australian A1 grade cabernet to add into the blend. “Jaws dropped,” Gago says. “You had to be there.”

When the blend was finalized, 14.9% of South Australia cabernet was used to round-out the blend, thus inspiring its Bin number, 149.

“It’s not a story you can make up,” he continues. “The good stories, the ones that are real, you don’t have to remember what you’re supposed to say.”

But a question remained for the legal departments. Could they legally produce and sell a red wine that blended together wines made in California and South Australia?

Once Bin 149 was finalized, plans for the top-of-the-range expression, Quantum, fell into place, with it turned out, Australian shiraz in the supporting role. Gage says the 2019 vintages of those wines also include Australian wine in the blend, but less percentages. The 2020 vintages are still a work in progress.

The Next 175 Years?
While the reach of Penfolds continues to evolve and expand, with the California project, a successful collaborative label in Champagne and potential production in Bordeaux, Gago cautions it’s important to project what’s happening behind the scenes.

“With every new label of Penfolds, some fall by the wayside,” says Gago. For instance, Penfolds Clare Estate range of red and white wines, a Barossa Valley Old Vine Semillon, the Thomas Hyland labels, which were once listed as LCBO Essentials products, have been discontinued.

“People see this thing expanding, but they tend to forget about some that have fallen by the wayside. Tastes change, things change. And that’s evolution. You know, last year 389 celebrated its 65th anniversary, Grange this year, celebrating its 70th anniversary. St Henri started in 1890. That’s when you know, you’re onto a winner. And those ones just get stronger.

"Bin 28? Its first vintage was 1959. We’ve made it every year since. There must be something right with that. We don’t want to mess with it.”

For Gago and his team entrusted with keeping account of these vineyards, growers and wines, it’s a progression.

“My job now is not be distracted by all these dalliances,” he says. “Our major thing is still Grange, 707, St. Henri, Bin 389, Bin 28… That’s what we are, now with a few satellites. We’re not doing that at the expense of this. We’re doing that in addition to this.

“If we lost sight of what we’re doing locally, then the whole thing crumbles… Magill. 177 years. That’s real. And I think that’s what will help these wines. The Penfold stamp and the runs on the board. We get a little bit more licensed for people to have a second look.”

Definite Penfolds-y character on the nose. A fresh and juicy expression of the classic Australian blend. Terrific mix of red fruit, spice and savoury notes. Depth, complexity and more lively than its Australian counterpart, Bin 389, it seems (less boot polish and black olive notes). Hopefully will ignite interest in the tremendous appeal of syrah from California. Drink now to 2035. (93/100)

Very Penfolds and very delicious. The highlight of the debut California Collection to my taste. Bright and beautifully textured, this is a cabernet with impressive depth, richness and persistence. Tasted over the course of four days, this continue to evolve positively. The plush core of fruit offers immediate appeal, but there’s stuffing here too. Drink now to 2038. (97/100)

Big and bold, this is tightly knit — 10 years before it will really start to show, I suspect. Tasted over the course of five days, it develops into a smooth and generous style that makes it a fitting companion to Grange. Should be popular with collectors who don’t want to miss the inaugural vintage, hopefully some snap up bottles to open and enjoy as well. Drink 2024 to 2050. (97/100)