Mullineux digs deep into the Swartland 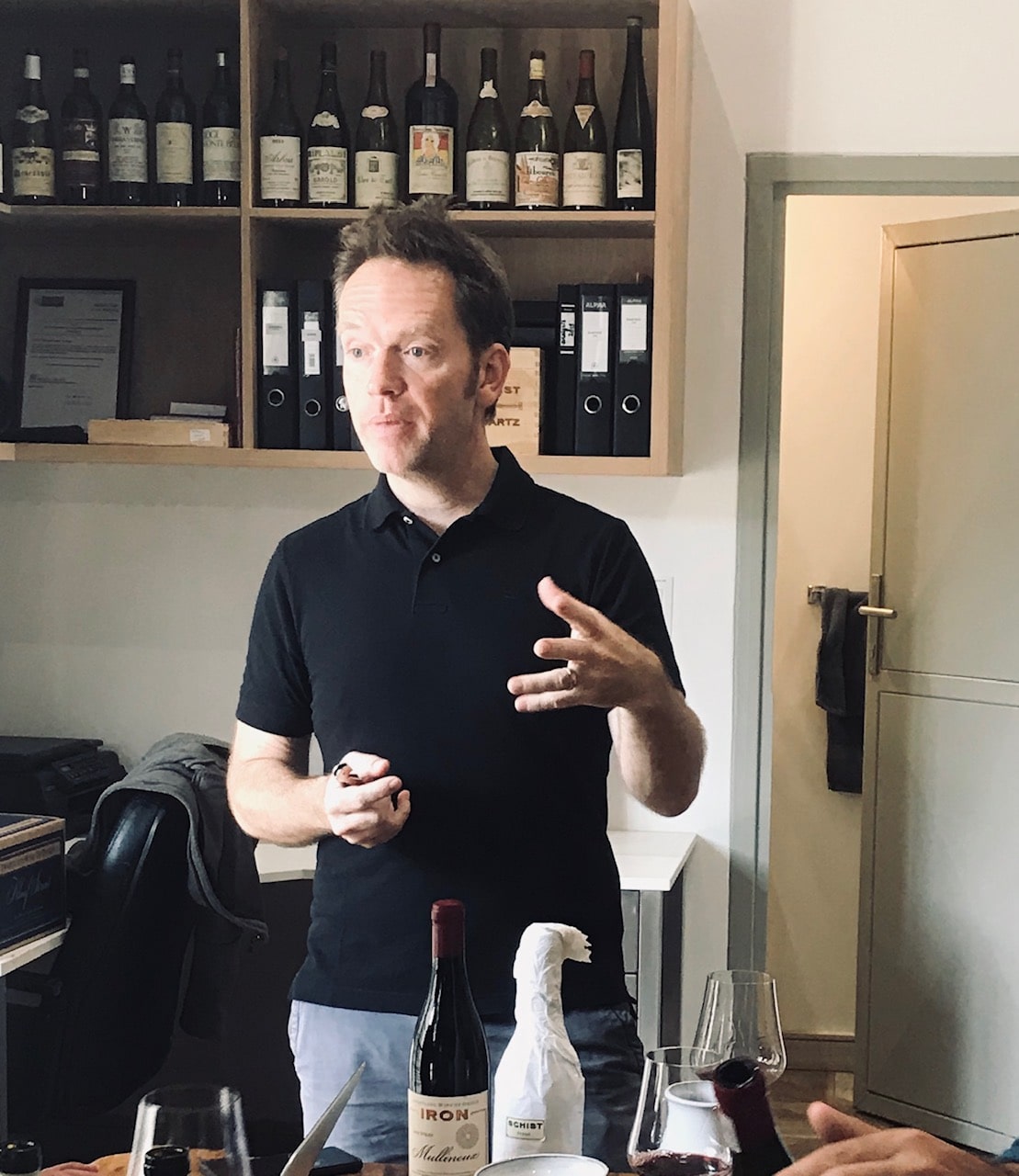 Swartland represents a vast region, encompassing the vineyards on the northern side of the Paardeberg mountain in the south to the plains of Piketberg in the north. The area has been home to Chris and Andrea Mullineux’s winemaking venture since 2007. The couple established a sterling reputation right out of the gate, amassing a treasure chest of top awards from South African and international wine writers. In 2013, they joined forces with Indian business mogul Analjit Singh and the company was renamed Mullineux & Leeu Family Wines. Today they own 25 hectares of vines and manage another 20 hectares under contract. About 70 percent of the vineyards are dry farmed (without any irrigation).
Home base for the Mullineux’s Swartland production, the Mullineux and Kloof Street portfolios, is Roundstone Farm, an estate located on the south western slops of Kasteelberg Mountain between the towns of Malmesbury and Riebeek Kasteel. The property was acquired in 2014 and its vineyards are being expanded to include more Syrah and Chenin Blanc as well as Grenache (noir and blanc), Cinsault and other more esoteric varieties. The most popular labels, Mullineux Old Vines White and Syrah and the Kloof Street Chenin Blanc and red blend, draw from all corners of the Swartland. The finished wines show the complexity and character of fruit sourced from the stony Shale and Schist based soils of the Kasteelberg, the decomposed Granite of the Paardeberg and the rolling, iron-rich hills west of Malmesbury. Chris Mullineux answered some questions about the area and operation during a recent visit and tasting.
How do you describe the growing conditions in the Swartland?
The climate is quite consistent around the Swartland. You can plant vineyards on the ocean, I don’t know if you’ve tried Eban Sadie’s old vine white, Skerpioen, which is basically planted one mile from the sea, so it’s extremely cool. But most of the vineyards are planted further inland, so the climate is quite consistent here. The mountains, however, are much different.
The Paardeberg’s soils are quite sandy, you almost feel as if you’re walking on the beach. It’s very, very old soils — they’re more than 400 million years old. Very deep, very sandy soils so the vines can have a huge root system that protects them against our warm, dry climate. That mountain specifically is where we get the best acidity anywhere in the Swartland.
Kasteelberg, where we are standing, is more shallow, rocky soils so it’s a much more stressful for the vines to grow. We have about a metre of topsoil and then it’s bedrock, hard slate. The vines here are smaller. The bunches and berries are smaller, with thicker skins. You get more density and structure as a result. That’s why it’s interesting for us to blend different sites together to get balance and complexity in the wines.
What about grape growing practices?
The farming in the Swartland is pretty easy. We don’t have a lot of rain so it’s pretty easy to farm more naturally. We’re not certified organic or anything, we just try to farm sensibly. We don’t make use of any roundup or pesticides. We make our own composts on the farm here. We make extensive use of cover crops depending on the site. We just adapt them to the specific sites and their needs.
Most of the vineyards we work with are bushvines, about 80 percent. It’s a really sunny place in the Swartland. If you come here in January and February, you’ll feel the heat and the sun’s intensity. Bushvines make kind of an umbrella for the bunches. The grape bunches are exposed to light, but it’s indirect sunshine. You get much more complex flavours: you’ll get fruit, spice and more floral characters.
Bushvines are also good here as their yields are lower so they need less water. For us, it’s a far more interesting way of farming. We do have some vineyards — the vines that were planted between 1990 and 2000 — are mostly on cordon, with vertical shoot positions. If you come back in summer, you’ll see we don’t tuck them in. It’s more of a sprawl, it’s kind of a mess actually, so you can almost recreate that shade effect of the bushvine.

Mullineux 2018 Old Vines White Swartland, South Africa $42.95
The 11th vintage of the flagship Old Vines White is a blend of Chenin Blanc, Clairette Blanche, Grenache Blanc, Viognier and Grenache Blanc, with grapes sourced from throughout the Swartland and its soil types. Maturation took place for nine months in older French oak 500L barrels and one new 2000L Foudre. It’s a fresh white wine with attractive aromatics and intensity of flavour that add up to a big personality. Highly Recommended. Drink now to 2024. (94/100)

Written by Christopher Waters on Saturday, 21 September 2019. Posted in The Producers