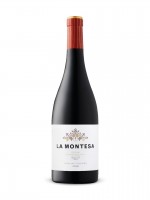 Winemaker Alvaro Palacios is one of the stars of Spanish wine, thanks to his success in emerging regions Priorat and Bierzo as well as traditional hotspots like Rioja. La Montesa is named after a hillside vineyard located on the northeastern slope of the Yerga mountain in eastern Rioja, which is one of the highest plantings in Rioja Baja. The vineyard is head pruned and farmed organically. This is an elegant and modern expression of Rioja, with a blend that’s built around the fruity and smooth Grenache grape with a  bit of Tempranillo added for complexity and structure. This is a rich, smooth and balanced red that would be enjoyable with all manner of red meat dishes.