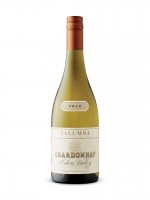 Yalumba’s Eden Valley Viognier has been a brand champion for years. The Eden Valley Chardonnay is a bit of a new comer seeing its first release in Canada when it turns up on LCBO shelves this December. The Eden Valley is often called the Upper Barossa where cooler temperatures and gravelly soils naturally reduce yields to produce more intensely concentrated white wines. This is a focused and enjoyable style of Chardonnay that’s more about refreshment and elegance than fruit or secondary oaky character. It’s a serious, sophisticated white wine that comes at an attractive price. (91/100)